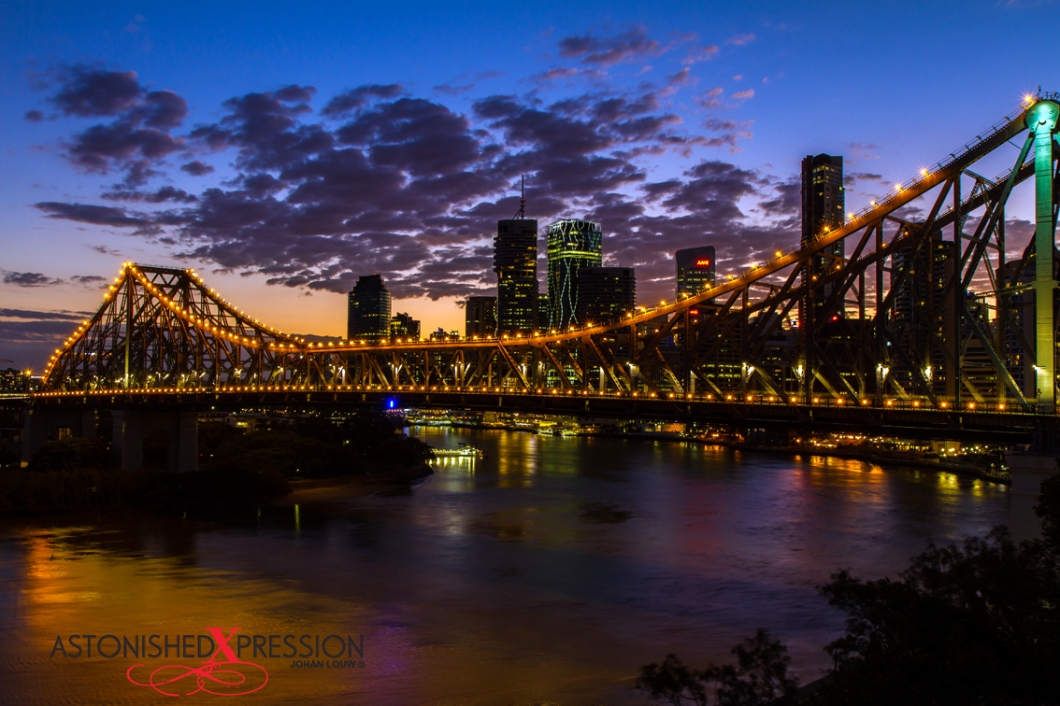 So why do Australians virtually ignore Brisbane when dispatching online advice on the best Antipode destinations to visit? This is a rhetorical question I don’t intend to answer, but I will take issue with the ignorant comment of a prospective visitor Down Under, “Coming to Brisbane, there is as such nothing to do there…”

What? Very uncool! Or as Queenslanders would say, “Not fair dinkum, mate!”

In fact, Brisbane is a major city that offers the intrepid traveller with breathtaking opportunities. Let me illustrate:

Our home is girt by sea

Brisbane suburbs such as Redcliffe, Shorncliffe, Wynnum and Victoria Point abut Moreton Bay, which might not be the prettiest of ponds, but offers plenty nonetheless. Such as a soothing cycle ride along the promenade from Shorncliffe pier to Redcliffe’s Gayundah Shipwreck, or tucking into a take-away meal of fish and chips while strolling along Wellington Point’s sun-kissed shores.

The Tabbil-ban Dhagun Mangrove Boardwalk near Nudgee meanders through ghostly mangrove forests and tidal flats, providing an excellent vantage point to study the chattering shorebirds that visit this important ecosystem. A short hop over to Nudgee Beach opens a vista of cavorting dogs of all breeds and sizes, splashing or dashing in the water at Brisbane’s premier off-leash beach reserve.

A mere 80km south of Brisbane, the Gold Coast offers a sublime surf and sand experience. The beaches at Surfers Paradise are justifiably world-renowned. Skypoint Observation Deck, situated in the 5th tallest residential building in the world, offers spectacular 360 degree coastal views. In fact, Q1 has been listed as one of the World Federation’s Great Towers.

Another option is to head north. Caloundra introduces the picturesque Sunshine Coast with gorgeous beaches and water sports at Coolum, Maroochydore, Mooloolaba and Noosa – every one of them dripping with the riches of the ocean.

Our land abounds in nature’s gifts

However, it is not only the coast that provides for stunning scenery. Mt Coot-tha affords panoramic views over Brisbane and boasts one of the city’s two Botanic Gardens, the other serving as a green lung between towering high rises and the Brisbane River. An introduction to Australian flora at the Roma Street Parklands or local fauna at the Lone Pine Koala Sanctuary is another rewarding experience.

The Gold Coast Hinterland and the Glass House Mountains on the Sunshine Coast is another treasure trove of natural wonders. From the Natural Bridge at Numinbah Valley to feeding fluttering Crimson Rosellas at O’Reilly’s Rainforest Retreat, the excitement just keep on building!

In joyful strains then let us sing

For the sophisticated traveller, Brisbane offers a vibrant cultural scene. The Queensland Performing Arts Centre in South Brisbane attracts world-famous performers, such as the Bolshoi Ballet, which performed recently in Brisbane after an Australian hiatus of 30 years! War Horse is currently on stage to critical acclaim, while there is great anticipation for upcoming performances of the musical Grease.

Other venues of interest to the chic set include Brisbane’s Powerhouse, the Queensland Museum and a range of trendy bars and pubs throughout New Farm, Milton, Fortitude Valley, West End and the city.

Oh, and Ella’s Pink Lady is berthed at the Maritime Museum – a tribute to Queenslander Jessica Watson who made history as the youngest person to sail solo around the world!

We’ll toil with hearts and hands

Even the sports fanatic has much to see in Brisbane. Suncorp Stadium is regarded by many as the premier rugby league venue in Australia. Viewing any NRL or rugby union match at this venue is memorable. Viewing a State of Origin game here is one of the ultimate Australian sporting experiences!

The Gabba is yet another famous ground. Catch up on a game of cricket in the summer or AFL during winter – as long as you barrack for the Bulls (cricket) or Lions (AFL)!

There is also the prospect of joining in adrenal-pumping fun. Hop on a city bike to explore the many bikeways, some of them linking tourist sites, or book a kayak from Riverlife for a sunset paddle on the Brisbane River. Then, of course, there is the Story Bridge climb…

For those who’ve come across the seas

Brisbane may not have the snob value of dining in Sydney or Melbourne, but Brisbane’s rich cultural diversity has created pockets of honest, authentic ethnic cuisine in the suburbs that makes for mouth-watering meals! Whether it’s a Vietnamese Pho Tai from Darra, a Malaysian Duck Laksa in Charlotte Street or Shanghai dumplings in Sunnybank that you prefer – Brisbane has it covered, in enticing abundance!

Australian’s 3rd largest city has plenty to offer – from architecture and Aboriginal art to abseiling from the Kangaroo Point Cliffs, to shopping in Queen Street Mall, to sunbathing at South Bank. With confidence in the Queensland economy once again on the rise, the time has clearly arrived to give Brisbane a fair shake of that ‘ol sauce bottle!