Planning a September getaway and still not sure of where to go? Review astonishedXpression’s September guide for ideas on the best destinations for this time of year.

Brisbane comes alive in September. Fireworks, among the best in the world some would argue, laser light shows, performing arts, even a Spiegeltent, all form part of the iconic month-long Brisbane Festival centred on South Bank Parklands.

For Interstate travellers in particular it is time to come in from the cold. Pack your bags and flee the chilly south for sunlit days and a riot of dancing colour at night! Book a return Jetstar flight from as low as $150 return from Melbourne or less than $120 return from Sydney and experience Brisbane stepping out from Cinderella’s shadow!

For travellers from Asia, budget prices of less than AUD $450 on Air Asia is a good bet from Kuala Lumpur. Singapore Air will carry European visitors for less than EUR 1200 return from Frankfurt while tourists from the United States can make the journey from Los Angeles for around US $1470 return.

Brisbane is Australia’s third largest city and caters for most budgets. For those wanting an urban oasis, bed down in luxurious comfort at Spicers Balfour Hotel. Emporium Hotel is another popular traveller’s choice. For the slightly more budget conscious who want to be in the thick of things, book a Meriton Serviced Apartment on Herschel Street.

Brisbane Festival kicks off on September 7 with a nightly laser and special effects show that lights up the riverside cityscape. Best vantage points from the Clem Jones Promenade in South Bank Parklands. The 21-day celebration builds up to a spectacular fireworks display on September 28, which enthrals happy crowds at various vantage points along the Brisbane River. Not to be missed! Get a feel of what to expect here.

China’s capital has come in for a lot of recent media brouhaha about pollution levels, but Beijing remains a fantastic destination. And it is not as if local authorities ignore the problem. In the recent past they have responded with comprehensive regulations on air pollution prevention and control and implemented new tailpipe emissions for gasoline cars and diesel vehicles equivalent to European standards.

Enough of the doom and gloom! If anything, the haze you will see in Beijing is the shroud of history slowly lifting on some of the world’s most exquisite attractions. France has the Louvre and Versailles. Italy has the Forum Romanum and Uffizi. Beijing has the Forbidden City! The world’s largest palace complex with close to 1000 buildings and 8700 rooms, you’ll need days to thoroughly explore this treasure trove of Chinese art, architecture and history. Also look out for the Beijing Design Week in September, now in its third year and growing!

American visitors flying out of LAX should pay no more than about US $1200 return to Beijing. The financially prudent Swiss can jet in from Zurich for less than EURO 700 return and Australians can fly out from Sydney on Cathay Pacific for less than $1000 return.

Triple your happiness at the very affordable Double Happiness Courtyard Hotel or splash out at the Fairmont Beijing. Bargain hunters should contact Kellys Courtyard or immerse yourself into Beijing culture by staying at the Lishi Hotel, which is situated in a traditional hutong lane close to most of Beijing’s amazing attractions. 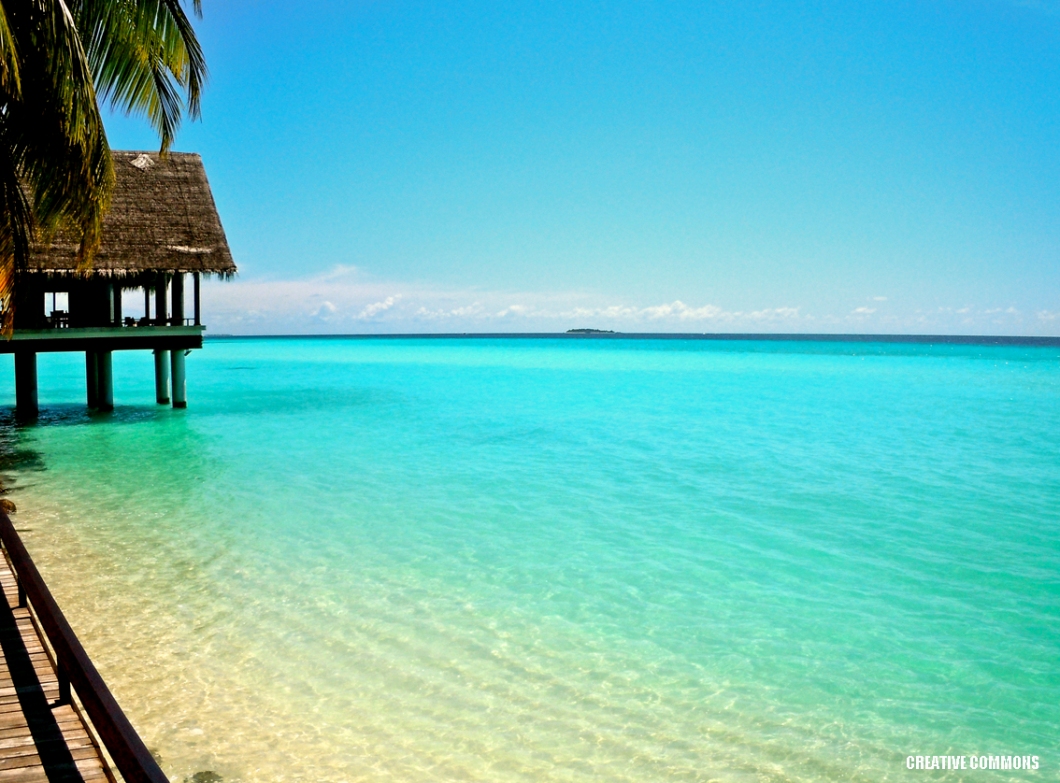 If you’re tying the knot in September, what are you waiting for? Cancel the ‘honeymoon’ venue your prospective mother-in-law booked at the seedy motel around the corner and jet off into the blue yonder! The Maldives is blessedly isolated, you know what I mean, but easily accessible from most airport hubs in South-East Asia, the Middle-East and Europe.

If you’re flying from Asia or Australia, try Korean Air, Singapore Air, Malaysian Air or China Southern Air. Southern Africans will most likely fly via Dubai or Abu Dhabi with Emirates or Etihad, while European countries are well served by Austrian Air out of Vienna, EuroFly from Rome, Thomson Fly from London’s Gatwick Airport or Emirates from Paris, Frankfurt, Milan, Zurich, London and Glasgow.

On a map of earth, the Maldives is made up of 1190 coral islands formed around 26 atolls in the Indian Ocean south of India and midway between Africa and Indonesia. In reality, it is secluded specks of sun-kissed white sandy beaches, emerald green palm trees and transparent turquoise lagoons protected from the vast ocean by encircling coral reefs. In other words, it is heaven!

Roughly 200 islands are inhabited and about 90 have been developed as tourist resorts, so finding somewhere to stay is not a challenge. Whether you choose a hotel, resort, safari or guest house, your investment in living will be rewarded with the experience of a lifetime. If you really want to spoil yourself, look at Gili Lankanfushi, Lily Beach Resort & Spa or Cocoa Island by COMO. For a more affordable getaway, try Vilamendhoo Island Resort & Spa or Kuredu Island Resport & Spa. The Hotel Octave in Male’ and the Holiday Island Resort & Spa on South Ari Atoll cater for tighter budgets.

Watch this shark frenzy in the shallows of Maldives heaven or peak into a deluxe water villa at Lily Beach Resort.

Highlight: Balancing your emotional equilibrium on a remote beach